heavily loaded we have set sail towards this year’s Berlinale!

We are delighted to tell you that we will be participating in Germany’s largest film festival with two wonderful films:

With the Port au Prince-produced feature film ALL MY LOVING the great Edward Berger will return to the Berlinale 5 years after his participation in the festival with JACK.

And with Nora Fingscheidt’s astonishing SYSTEM CRASHER we are distributing a film that will celebrate its world-premiere in this year’s much anticipated competition. 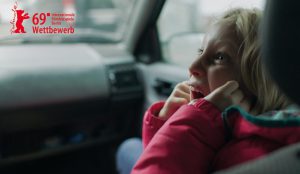 And finally, the Port au Prince-distributed and Oscar®-nominated Documentary OF FATHERS AND SONS by Talal Derki will be shown in the festival’s Lola@Berlinale-section.

It will be a thrilling time!